The Century Plaza Hotel is the centerpiece of Century City, which in turn is the center of Los Angeles. It’s the city’s on-call backdrop. You know the building Bruce Willis swung off in Die Hard? That’s here, in perfect view. And the Plaza staff is proud of it. But from hidden in this labyrinth of glass and rebar, there’s also a master mixologist.

His name is Boula Mikhael, and he’s the veteran barman at the obviously-named Bar at Century Plaza. He takes his mixology seriously, Mikhael does. He makes some of his own homemade mixes, and he uses locally-sourced ice that’s custom cut to the size of the glass, and that’s pretty serious, or as Willis might say, it puts the “Yippee-Ka-Yeh” into his cocktails.

Speaking of the which, many of Century City’s properties have a strong 80s vibe. It makes sense––some of the movies and TV shows we remember from that period were shot here. My favorites include Lethal Weapon and Moonlighting. But the city has continued to grow, including both old and new architecture. They come together to make a city I’ve never seen before.

The Century Plaza hotel embraces the local aesthetic. Its exterior has been untouched––still sporting its mid-century modernist facade. But the inside was completely redone, with new guestrooms, a new spa and a new restaurant. They even moved the elevators. It was a $2.5 billion facelift––so LA.

When I met Mikhael, we hit it off. I learned that he had been bartending for more than 15 years. I was shocked but also not surprised. It seemed as if the bar was his natural habitat. He was very interested in me––interested in my work at Cocktail.com. You’ll see where that leads later.

Mikhael could go on about the future of the Century City cocktail scene, and that enthusiasm rubbed off. Now I can go on and on about his drinks. But for now, here are my two favorite concoctions from my time with him:

Pour each ingredient into a shaker with ice. Shake, then strain into a highball glass with a perfectly cut long rectangularly-shaped ice cube. Garnish with a black maraschino cherry, and serve.

My opinion may be biased on this concoction with it being named after me and all, but it legitimately tastes like a classic. It’s a combination that’s so simple and delicious, you’d be surprised no one thought about it yet. That’s how most memorable drinks come about––they balance good flavor and simple ingredients.

The Calpico adds a creaminess that pairs nicely with the coconut seltzer along with the marzipan flavor from the orgeat syrup. The pineapple, lime and even the maraschino cherry juice add a citric touch to keep the drink from being too rich. It is similar to a Pina Colada, yes, but that blast of almond flavor sets it apart. Overall, a well-balanced drink.

Pour everything into a shaker with ice and shake. Strain into a highball glass, garnish with a mint leaf and serve. Be sure to mix in and bruise the delicate leaves before sipping.

I can see the style with Mikhael’s drink creations, taking much of its inspiration from distinctly tropical flavors like coconut and mango. But I’m a mango man––a mango man with friends who’ve had thousands of Pina Coladas. The Waltz No. 3, while not a new concept, is its own thing. And I might even recommend it to my acquaintances with offensively self-restricted palettes. Maybe it could be a starting point for more obscure cocktails.

Even if I’ve had these flavors before, LA is an experience above all else. The Bar at Century Plaza has such an aesthetic, with its marble counters, seamless metal seating and zig-zag infinity waterfall (If you come, you’ll know what I mean). It’s these little things, along with the main course, that attracts me to a cocktail bar. And it all has me wondering if this is the type of place I might run into Mr. Willis himself. 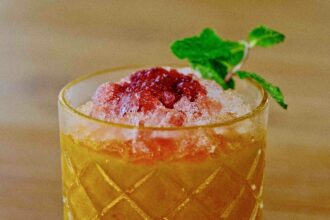 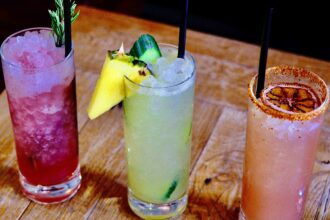 Mocktails in San Diego: The 2 Coolest Bars in Town 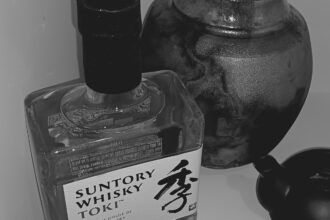