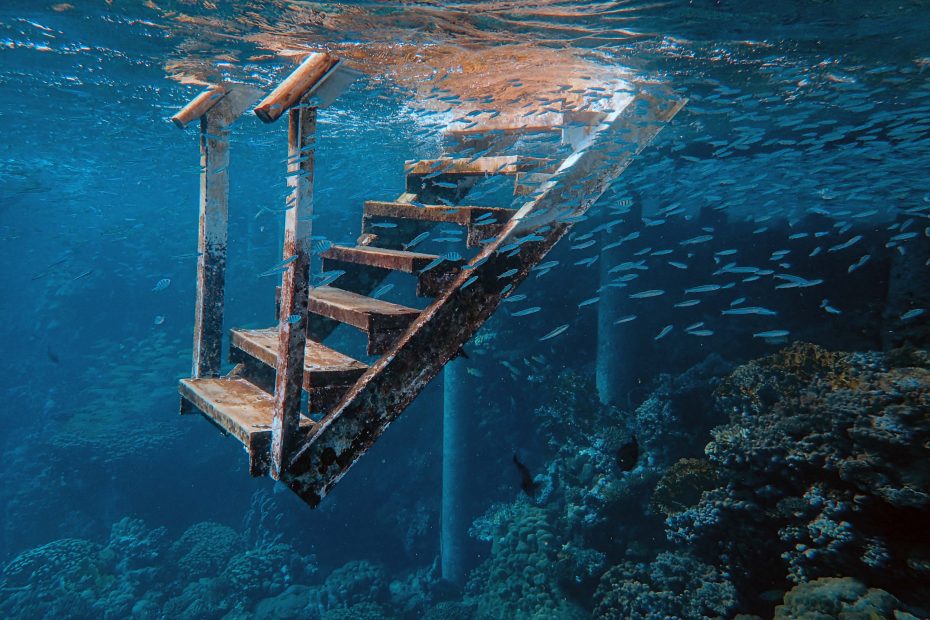 It’s sunset on the Gulf of Mexico’s saltwater flats and Richard Stanczyk, the master of Monster Alley, is ready for show time.

“They’ll be biting anytime now,” he whispers as he sends a writhing crab hurtling silently off the boat into the darkness, attached to a hook, line and rod used for salmon fishing.

“Anytime now,” he repeats, and I’m not sure if it’s for drama or the residual effects of the fever that kept the top-flight fishing guide in bed all day yesterday.

My question is answered seconds later, when the first beast takes the bait. I hear a ferocious splash in the night and feel a violent tug on my line. In less than a moment, the whole thing is over; the crustacean is being digested by a 150-pound tarpon and I’ve got nothing to show for it but a racing heart.

Stanczyk says, “You didn’t do anything wrong. Let’s try again.” I reach for the bait box in a daze.

Welcome to Florida’s golden triangle of fishing, a collection of islands and shallow saltwater inlets that runs approximately from Sanibel Island in the north to Key Largo in the east and down to Islamorada (home of the Mango Daiquiri).

If going after the fearless tarpon, a silvery fish that can grow up to 8 feet and feeds at night, isn’t thrilling enough, then how about the small but elusive bonefish, a prized trophy fish that cruises along the flats with the rising tides? Or the redfish, a fierce fighter — and an even better meal?

If you’re not hooked by the fishing, then you will be by the reasonable prices. In summertime, room rates are reduced by as much as half from Florida’s West coast through the Keys. Gone are the lines at the restaurants, shopping areas and gas stations.

My introduction to fishing the flats of Southern Florida came earlier this year, in January, when I chartered a boat out of Sanibel for an afternoon. Kevin Holley showed me where to find the biggest, baddest redfish and snook and I reeled them in one after another.

“So when’s the best time to fish here?” I asked him. “Summer,” he replied without hesitation. “The people are gone. The fishing’s terrific.”

I found that hard to believe. The fishing already was terrific, and I couldn’t see how it might improve.

Alas, massive schools of the redfish — with their cinnamon coloring and pointy fins — run practically undisturbed during the warm months, waiting to be caught. It’s a far cry from a few decades ago, when legend had it that the schools were so large that you could walk from one island to the next, but it’ll do just fine, thanks.

The lure of fishing here isn’t just the promise of catching a big one. In Sanibel and later in Islamorada, I came to appreciate the regenerative effect of standing on the bow of a boat in the calm of the late afternoon, hearing nothing but the tiny waves lapping against the side of the vessel.

“People come here to get away from everything,” Holley told me. “And sometimes the fishing doesn’t really matter to them.”

Still, Stanczyk, who is affiliated with Bud ’n Mary’s Fishing Marina, says clients come to Islamorada from all over the world to catch one of the stainless-steel-colored tarpons, although not everyone is successful. That’s because hooking one is half the challenge. The other half is retrieving the massive game fish before it pulls you and your boat out to the open sea.

“You get one tarpon and you’re done for the day,” he says.

Later in the evening, after sunset, I lose my second tarpon. I curse under my breath and look at Stanczyk. He seems a little relieved that we probably won’t catch anything today, which means an early night for him and more much-needed rest.

Just then, my friend’s rod bends as if it is made of rubber. “Reel! Reel Reel!” Stanczyk orders. She cranks the handle as if her life depends on it.

“Chris,” he says, “I want you to slowly reel your line in, too. We’re going to have to follow this one with the boat. It’s big.” Stanczyk shines a spotlight on the line, and when the fish jumps out of the water I can see its angry red eyes and enormous glistening body.

They don’t call this channel near the West end of Lower Matecumbe “Monster Alley” for nothing.

It’s a spectacular fight. For the next hour, my friend patiently pulls more line in and then the tarpon runs more line out — a game of pull and push that would make Ernest Hemingway proud. The tarpon drags our vessel more than two nautical miles and is still resisting.

Stanczyk helps my friend on the final 10 minutes of the battle — arguably the most difficult — but he tires quickly and suggests that we try to photograph the fish in the water and then release it. The tarpon turns out to be a real whopper — more than 120 pounds, sneering at us with its distinctive upturned mouth, like an eternal pout, from the end of the fishing line.

On this evening, that particular tarpon does its species and its monstrous Latin moniker, Megalops Atlanticus, plenty of justice.