Home » Articles » The Trouble With Bears

The Trouble With Bears 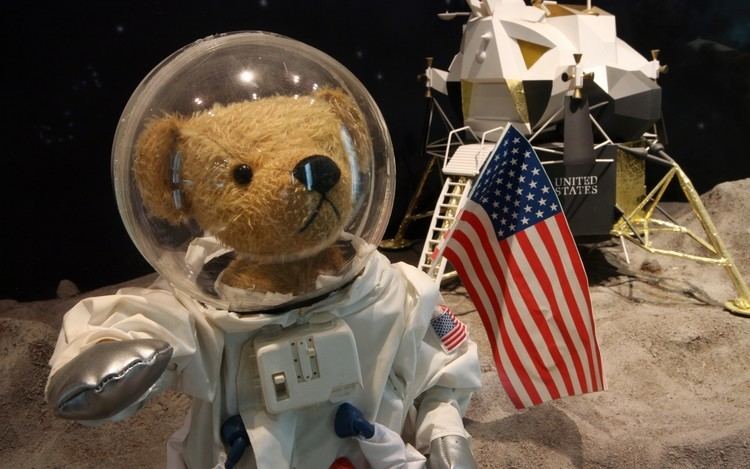 The bears are on the loose in the normally tranquil Gulf Coast getaway of Naples, FL.

Oh, sure, the animals in question are little more than adorable stuffed playthings. But they’ve been spotted sipping tea from fine china at decidedly upscale hotels such as the Ritz-Carlton.

What would you think if you came upon cuddly collectibles pondering their waiter’s choice of Earl Grey, English Breakfast, or Lapsang Souchong in a hotel lobby?

That’s precisely what happens in Naples, the home of what is believed to be America’s only teddy bear museum. In a series of publicity stunts unparalleled in their cuteness, a handful of the gallery’s 3,000 snuggly residents have been breaking out of their display cases and marauding into the museum foyer, or to a nearby hotel, and ordering a cup of tea – extra honey, please.

Of course it’s all make-believe. The props don’t actually consume anything. The life-size teddy bears are seated at a table with three guests, whom they entertain during a very traditional afternoon snack of cookies, scones and hors d’oevres. Adults can enjoy a variety of fine cocktails that are served at the hotel and elsewhere on the coast.

Although the stuffed animals aren’t all that talkative, the visitors – and particularly the children – make up for the inevitable lull. “They ask the bears where they’re from, how they got there,” said Barbara Sanborn, a museum volunteer director. “And they want to know how the bears like it in the museum.”

What do the bears eat? “Oh, they like anything sweet,” Sanborn said. “Sugar cookies, cake and things with honey in them. They have a full plate by the end of tea.”

The fuzzy critters seem to be a big hit wherever they go. A few Christmases ago, they crashed the five-star Ritz-Carlton for two consecutive afternoons, upstaging the ornamental holiday decorations but delighting guests.

Exhibits feature bears of all shapes and sizes in scenes that are updated every month. There are six-foot-tall bears and miniature bears, marble bears and crystal bears, famous bears and obscure bears. For visitors who can’t get enough, there are even bear-making classes that will teach you how to create a teddy bear of your own.

Though it might seem a little out of place at first, the bear museum is a natural to Naples. This is a sedate town separated by miles of swamp from the hyperactive metropolis that is Miami. During high season – between late December and April – most visitors hail from the midwest, in sharp contrast to the New York snowbirds who frequent Florida’s east coast.

previousThis Resort is For the Birds
nextKeys Cocktail Tour