Home » Articles » This Resort is For the Birds

This Resort is For the Birds 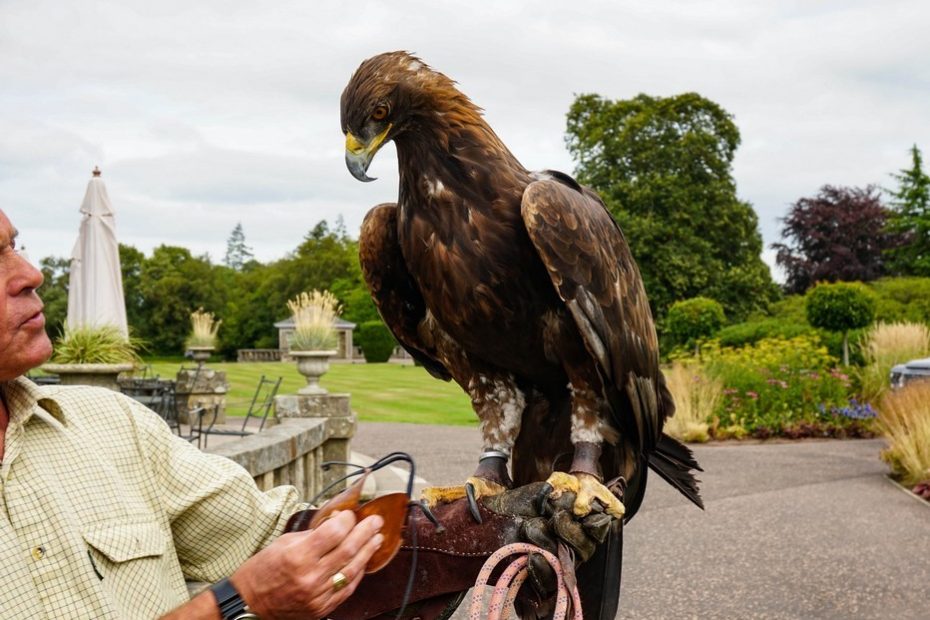 To say a resort is for the birds would probably be an insult – unless it’s in reference to Scotland’s venerable Gleneagles, home of the British School of Falconry and more than a few notable single malt Scotches.

The birds in this case are Peregrine Falcons, the kind aristocrats used to hunt with in the days before the Internet. Aspiring falconers strap on enough leather to make the Village People blush (a full cowhide glove with a wrist-sheath) and, falcon-on-arm, strut into the glen to set the new feathered friend loose.

The falcons are trained hunters. They ascend to above tree-level, find a rabbit or some other small rodent and – pounce! Only a whistle from one of the bird’s trainers, backed up by a fresh slice of meat, can retrieve the stoic predators.

The Scotches, on the other hand, require no leather and are easier to handle than the raptors. There’s plenty of the spirit at the stately resort’s bars, although the natives would cringe at the way outsiders “pollute” the native drink (did we say “pollute”? We meant to type “dilute” …) with juices and sodas and – heavens forbid! – another liquor.

Yet the diversity of Scotch is dizzying, remarkable, and well worth the trip.

We’ve taken the liberty of linking to one of our favorite sites about single malts, scotch.com which, though a dreadfully slow download, gives you a good feel for what to expect if you decide to visit.

If you go, bring something warm to wear, regardless of the time of year. We went during a summer heat wave in the U.S., only to find a fierce wind whipping through the highlands with 50-degree temperatures. That’s 50 degrees, Fahrenheit.